Home
|
Reviews
|
ghd Vs. Cloud Nine: How They Compare

Despite the fierce competition between them, ghd and Cloud Nine actually have a shared history. Specifically, they share a founder.

Today, the two brands dominate the market for hair stylers including straighteners and curlers. They have both launched a series of hair straighteners in an effort to one-up each other. As they have taken over the market, customers and experts have been left debating which the better brand is.

On one hand, ghd, which has been around for more than a decade, has a proven track record. Their products are highly trusted. On the other hand, Cloud Nine has introduced some much-needed innovations in hair stylers including temperature control.

Here’s a more detailed look at each brand.

ghd is a household name in the hair styling industry. Their products, though often pricier than other brands, are known for their excellent quality and longevity. It’s not surprising to find a customer replacing their ghd straightening iron after 15 years.

The company was started in 2001 by the same man who founded Cloud Nine. Robert Powls, with the help of Martin Penny and Gary Douglas, bought the rights to the hair straightener from a South Korean inventor.

For years, ghd had enjoyed the lion’s share of the market without any serious threat from a competitor. That is until Cloud Nine came along. As Cloud Nine stylers picked up pace, ghd responded with the Gold range of stylers consisting of the Gold Classic, the Gold Mini and the Gold Max.

The Gold series made several improvements in design and performance from the original IV Classic styler. It actually borrowed several features from the Cloud Nine styler including smoother tug-free plates, a rounded barrel and a plastic heat guard. The only feature they didn’t take was temperature control.

They also have a Platinum and Limited edition of stylers that come in a variety of colours. Other ghd products include hairdryers, curlers, hair brushes and hair styling products.

Cloud Nine has achieved phenomenal growth since it launched in 2009. They have grown into a worldwide brand, selling millions of their hair straighteners and curlers online and through salons.

When Robert Powls came out of retirement, he wanted to create stylers that were effective, easy to use and safe for the hair.

One of the biggest and most innovative features they came up with was temperature control. The original Cloud Nine styler has five temperature options. Users can choose the heat level they are most comfortable with and which is safe for their hair type.

Even today, while other brands have co-opted the feature, Cloud Nine is still recognized as its pioneer. Interestingly, their main competitor, ghd, has yet to integrate the feature into its straighteners.

In addition to the original Cloud Nine straightener, there are several other variations including The Wide Iron (for thick, wild hair), The Touch (instant heating – no on/off button) and The Micro Iron (for short hair, fringes and travelling).

They also sell curlers including the extremely popular O rollers, a couple of curling wands as well as hair styling accessories.

ghd vs Cloud 9: How they compare

It’s hard to choose between these two brands. They both sell high quality stylers with plenty of features to love. And even price-wise, the difference between them is usually £10 or less, with Cloud Nine often being the slightly more expensive one.

Let’s start with ghd. They have a great track record. They have been around for more than 15 years and all through, their stylers have remained some of the most sought after in the market. Their products are known for their durability and styling effectiveness.

The Gold and Platinum series made huge improvements over the original IV styler, though they still lack any temperature control feature. Looking at customer feedback, it’s clear that this has not stopped them from being the most popular straighteners today.

Cloud Nine had a tough climb to make. ghd was an extremely well-known brand and they had a huge hold on the market. When they launched, they had to resort to aggressive marketing techniques to create exposure.

But soon, their stylers were selling themselves based on their compelling features. Compared to the ghd IV styler, the Cloud Nine styler is better both at design and performance. It’s smoother, easier to use and safer.

When we put the Cloud Nine next to ghd’s Gold series, I would say performance is just about the same. Cloud Nine has a slight edge thanks to temperature control but ghd balances it out with design variety, ease of use and innovative features such as built-in sensors.

For a better understanding of how they compare, let’s look at two specific products they sell.

As with other Cloud Nine stylers, The Curling Wand’s unique feature is temperature control. You can choose from three heat levels; high, medium or low.

The curler also comes with a hibernation mode (after 35 minutes), a convenient kickstand and a heat proof glove.

The ghd Curve Classic on the other hand is an example of the best in hair styling innovation. It may lack temperature control but makes up for it with integrated sensors for even heat distribution, a tri-zone technology for better curls and a spring-activated lever that hold the hair in place as it sets. It also has a 30-minute hibernation timeout.

The ghd Curve Classic is the winner here. It’s really easy to use, there are sensors protect your hair from heat damage and it has a cool tip to protect your scalp and ears.

But if you care a lot about controlling the temperature yourself, I recommend the Cloud Nine curling wand.

Which is your favourite brand, ghd or Cloud Nine? 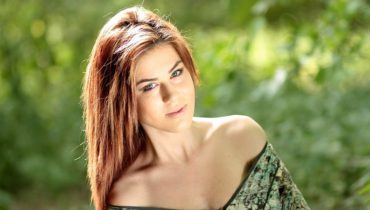 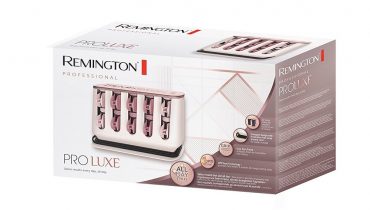 More about this author
Author 89 Posts