If you want to give your hair a bit of texture, a step cut and layer cut are two good options. They both frame your face nicely and work well with most types of hair.

Though the two types of cuts have many similarities, hence the misconception that the two refer to the same style, they are different.

The best one will depend on the final look you want and your type of hair.

This is the most popular option for women who want to texture their hair.

The hairdresser creates subtle layers of hair by cutting different sections to varying lengths. They then blend the sections such that the layers are not obvious.

The result is added volume and texture to hair.

This makes a layer cut great for those who have thin or medium hair. The cut makes it look thicker and wavier.

Layer cut hair has a glamour look to it. That’s why it is more popular with celebrities than the choppier step cut hair.

A step cut has the same layers as a layer cut. But instead of layers that blend subtly, a step cut produces clearly visible steps.

The hairdresser will cut different sections of your hair into varying lengths and ensure there is a gap between the end of one section and the end of the next.

The result is a series of cascading steps usually starting just below the ear.

Many people opt for just two steps; one below the hair and the other at shoulder level. You can also get a 3-level step cut if you want a bit more texture and variation.

While a layered haircut adds volume to your hair, a step cut adds bounce. The movement of different sections is accentuated by the ‘steps’, making your hair look more lively and springy.

From the front, a step cut frames your face more sharply than a layer cut.

The overall style lacks that glamorous aesthetic of layer cut hair but it still looks great. It has more of a fashionista look to it.

But both cuts can be styled into specific looks. So don’t assume that you’ll look a certain way with a step cut or layer cut. Work with your hairdresser to get the look you want.

Either type of cut can be styled further to get your preferred style. For instance, you can make a step cut look more glamorous by adding waves on the end sections.

Which one should you get

Do you want wavy and celeb-glamorous hair? Go for the layer cut.

Prefer a sharper style that adds more movement and bounce to your hair? Go for the step cut.

The step cut is also the best for women with curly hair. It often looks better than a layer cut.

To determine which style works best for you, ask your hairdresser for advice. They’ll be able to study the shape of your face, your hair type and hair length to know which cut makes, well…the cut. 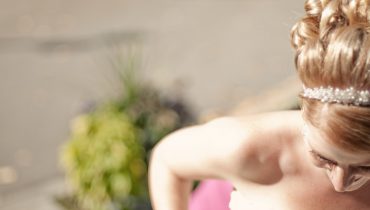 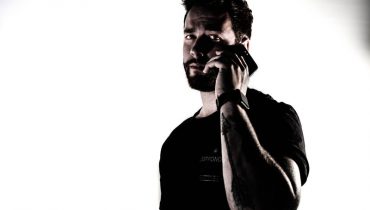 More about this author
Author 83 Posts