Society can be brutal. Whether it comes in the form of angry protesters, social media mobs, fellow employees, or the television in your living room, a large group of people with one vision can be a dangerous thing. It gets even worse when this vision is directed towards something specific, for example, the way people are “supposed” to look.

In this case, the majority of people expect models to have perfect hair. So they buy hair extensions and spend hours trying to figure out which shampoo for hair extensions is the best. That’s what they see in photos and magazines, so it becomes part of the vision. This begs the question, can hair loss ruin modelling career?

By taking a look at the current high levels of fashion and modelling, it’s not in a model’s best interest to be losing hair. It plays a rather big part in the fashion world and will probably continue to do so for a long time.

But strangely enough, this bias opinion is mainly rooted within agencies. It’s mostly the people who hire and fire models who want to give the appearance of a healthy model. It doesn’t necessarily mean that the fashion conscious public will share it.

Even though hair loss should never be a reason to quit a modelling career, it does make it more challenging. While men find it relatively easy to go with the bald look, seeing as they form 60% of hair loss cases, women battle greater odds when their hairline starts to recede. In fact, they’ll try everything from home remedies to expensive designer products if they think it will keep their hair from falling out.

But as fixated as people can get on a certain perspective, there are moments when something different rises through the cracks. Something that slips past the professional opinions of agencies, and gets people’s attention almost instantly.

Something so completely unheard of it reaches headline news – like shall we say, a bald model? And to make this moment even more memorable, he or she looks amazing while sporting a shaved head.

You can find several of these moments over the years, and one of the most popular examples has to be Alek Wek. Her name is synonymous with the “bald look” and it’s opened the doors for several other actresses and models. Gorgeous women like Cate Blanchett and Karen Gillet are among the many who have proven that bald can be incredibly beautiful.

To come back to whether hair loss can ruin a modelling career? It’s definitely possible, but everything depends on the attitude of the model. Being pretty is a given, along with having curves in all the right places. There are many attractive people in the world, but the one quality the public will always associate with a model is confidence.

As every successful and talented model will tell you, it’s not just their physical appearance that got them to the place where they are today. It was their ability to be confident when silently speaking to the camera. It was their determination to turn their unique beauty into a professional career, whether they had a full head of healthy locks or not.

These are the qualities that make up a successful model. In other words, your chance of reaching your goal isn’t going to hinge on only one thing. It’s going to depend on whether you have what it takes to make people notice. You don’t want them to look past your baldness, if it happens to be the case. Instead, you want them to see it for what it is, and make it part of their vision.

Even though words won’t make it easier to handle hair loss, or less challenging to build a career as a model, it has been established that it cannot ruin your modelling career. Rather see it as a change in direction, because you can still rock the front pages of fashion magazines. The only difference is that people are going to focus more on the rest of your features, which means they’ll dig a little deeper into the photo.

So if you are going take anything away from this article, let it be the assurance that hair loss doesn’t spell the end. There are many causes you can’t control, no matter how many strange things you try, which means you have to approach it as a new challenge. If you go blind you’re not going to loose your sense of touch, taste, smell or sound. You are only going to enhance them. 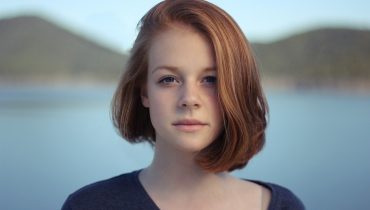 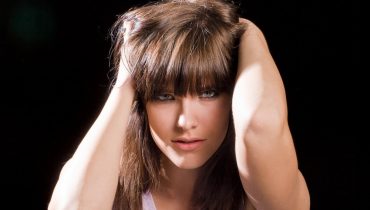 More about this author
Author 49 Posts

Stella is a regular contributor at Haircare Club. She began her career doing social marketing in the telecom industry but soon realised she wanted to start publishing independently. She loves good pedicure and a glass of good wine.